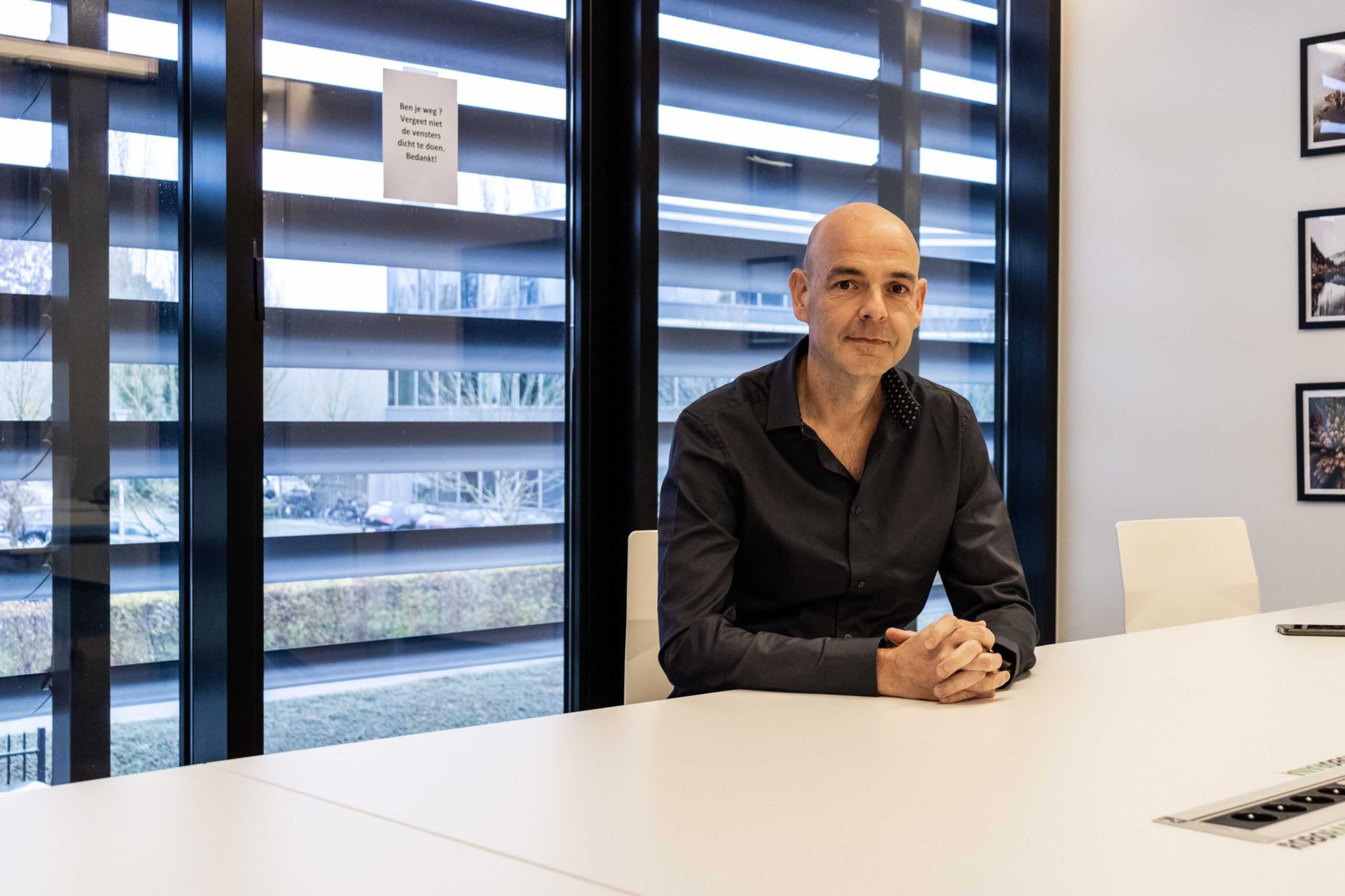 In the world of IT, it’s pretty rare to find a company more than a decade old, let alone an employee that stayed with the same company the entire time. But at GroupWave, it’s actually pretty common. Today, to celebrate his 20th (!) anniversary at GroupWave, we talked to Robby Van Mieghem, systems design engineer at GroupWave, to find out what exactly made him stay in the same company for all this time and maybe find out some juicy insights in Groupwave’s history.

It was way back in August ‘98 when Robby graduated as an industrial engineer and first started looking for a job. “I ended up at my first job as a Domino systems administrator by complete accident,” Robby begins, “but I quickly fell in love with how reliable and easy to use Domino really was”

In March 2001 Robby decided it was time for a new challenge. That’s when he decided to join the recently founded GroupWave. “Fun fact actually,” Robby laughs, “though everybody associates GroupWave with Kris (De Bisschop, managing partner at GroupWave), I’ve actually been here a few years longer than him!”

Pretty quickly Robby was dispatched at KBC, where he is still active to this day! “Though it doesn’t seem that long ago, you have to know the times back then were very different than today,” Robby reminisces, “I remember distributing cd’s with complete unattended installs to the branches all over the world via ‘regular’ postal services. Remotely supporting the branch colleagues over the phone to launch the Domino installer ( the connection these days, between branches & HQ, were  max. 56k with analog modems over landlines ). Nowadays we can’t imagine doing it that wayY!”

Though unfortunately KBC decided some time ago to replace Domino with a more popular cloud platform, Robby is still active as external consultant at KBC. “Over time you naturally broaden your skill set, and that’s how I gradually became more involved with security, which is how I eventually became responsible for KBC’s mail servers, which I continue to do to this day”

“Though I still very much enjoy my job, I still think it’s a pity how they switched away from Domino,” Robby continues, “that’s why I’m really excited about HCL’s ‘revival’ of Domino. The new features are pretty nice, but as a systems administrator the stability and reliability of Domino will always be my number one feature.”

The final question then remains: what motivated Robby to stay at the same company for 20 years, even though his role and expertise has shifted over the years?

“It’s quite simple really,” Robby begins, “throughout all these years GroupWave has always been there for me. My assignments were always picked with my personal preferences in mind, and when I needed some time to care for a family member this was never a problem. GroupWave has also always taken care to make sure my assignments continued to be motivating. With my security expertise, I’m now frequently asked to consult on the security aspects of other GroupWave projects as well.”

So there you have it. Robby is just one of our people who have stuck with us for over a decade, leading to an incomparable concentration of experience. If you want to work with the best, either as a business looking for a capable IT partner or as a potential new member of our veteran corps, don’t hesitate to get in touch!

Eager to find out
how GroupWave can help
your business?

Let’s have a chat

Sorry, the comment form is closed at this time.

This website uses cookies to improve your experience while you navigate through the website. Out of these cookies, the cookies that are categorized as necessary are stored on your browser as they are essential for the working of basic functionalities of the website. We also use third-party cookies that help us analyze and understand how you use this website. These cookies will be stored in your browser only with your consent. You also have the option to opt-out of these cookies. But opting out of some of these cookies may have an effect on your browsing experience.
Necessary Altijd ingeschakeld
Necessary cookies are absolutely essential for the website to function properly. This category only includes cookies that ensures basic functionalities and security features of the website. These cookies do not store any personal information.
Non-necessary
Any cookies that may not be particularly necessary for the website to function and is used specifically to collect user personal data via analytics, ads, other embedded contents are termed as non-necessary cookies. It is mandatory to procure user consent prior to running these cookies on your website.
OPSLAAN & ACCEPTEREN