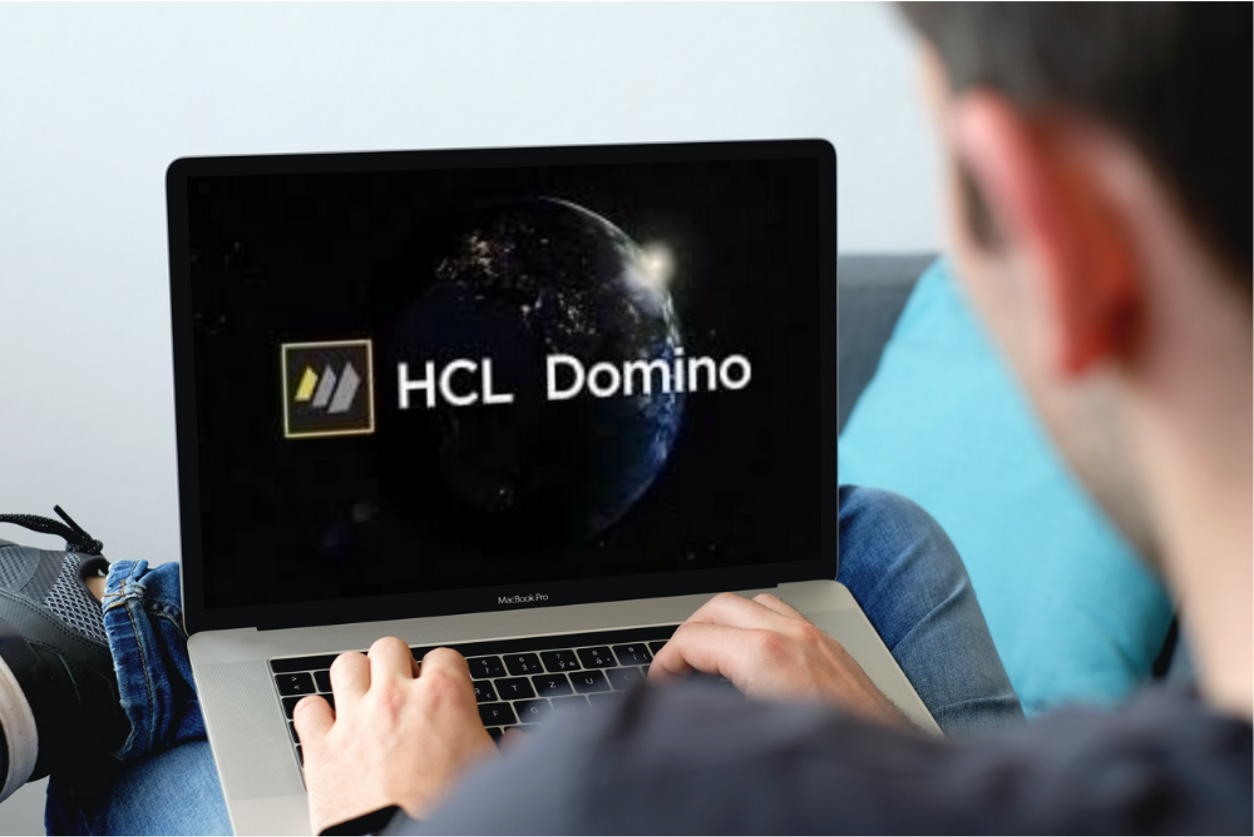 Did you know that you’ve interacted with HCL Domino more often than you think? Today, millions of Domino applications are still running worldwide, often as the dusty core of crucial business processes. HCL wants to say goodbye to that dusty image once and for all with the launch of the latest version: HCL Domino V12.

Let’s refresh your memory. Domino is primarily a server with a suite of software solutions that cover the most common business IT needs. Kris de Bisschop, Managing Partner of GroupWave, likes to compare Domino to Lego. Domino consists of several building blocks that you can design based on your own needs and requirements. These building blocks, in IT terms a software framework, ensure that custom applications can be built at a fraction of the cost of custom solutions.

Software with both eyes on the future

In a way, Domino is a victim of its own success. “Domino is dated technology”, “Domino can’t integrate with contemporary technology”, “Nobody uses Domino as a software platform anymore.” Comments that we, as ambassadors of Domino, still have to refute on a daily basis. Robustness is one of the core values of Domino as a platform. New versions are launched on a regular basis but organizations can continue to use their old versions without any problems. The big drawback? Users are confronted with a dusty interface that catapults them back in time, creating major misconceptions about the product.

Misconceptions that we can easily dismiss. Since 2019, Domino has been acquired by HCL, a technology group with over 150,000 employees worldwide. HCL has only one mission: to put Domino back on the map as a modern platform. And they certainly succeed in doing so.  Every year; HCL has launched a new version of Domino: 3 years of HCL, 3 new versions with Domino V12 as the latest icing on the cake.

But what is so special about Domino V12? With Domino V12, HCL takes the app development ecosystem to the next level without sacrificing business value or price. The focus of this release is on 3 things: low-code, cloud-native and user experience.

Digital and location independent working became more important than ever. V12 is also eagerly responding to this. Cell phone, tablet or laptop, mobile devices are no problem at all. HCL Nomad web makes Domino applications accessible via the browser. This way you always have all your applications at hand!

Besides working digitally, it also became clear that organizations must be able to respond quickly and flexibly to changes. HCL Domino Volt, Domino’s low-code solution, enables organizations to build applications in no time, without the need for a huge baggage of technical knowledge. No technical baggage but also no high cost.  In contrast to Microsoft’s PowerApps, Volt allows you to build multiple applications in a budget-friendly manner. With Volt, Domino is strongly responding to the citizen development movement that is more relevant today than ever.

In recent years HCL has also invested heavily in cloud development. From now on it is possible to deploy on any cloud environment. Public, Private or Hybrid Cloud, there’s something for everyone. Not only speed in building applications, but also in deploying them.

Fast and flexible, great, but is it safe? Unlike other big names such as Microsoft or Facebook, HCL Domino has never had to deal with security leaks. Security has always been a top priority and in this release the built-in security features are further expanded with Time-Based One-Time Password (TOTP), Biometric authentication and automatic certificate management.

But why is it that despite these new versions, many organizations do not seem eager to upgrade? Difficult migrations or compatibility problems with upgrades of other IT systems are often at the root of this hesitation. Why take that risk if your system can continue to run flawlessly on an old version?

Understandable, but with an upgrade to Domino these frustrations are eliminated. Backward compatibility and seamless version upgrades have long been a top priority for Domino. That makes migrations much less expensive but also much less risky than with similar systems.

And what if there was a partner in Belgium that could make it even easier and flawlessly guide you through the entire upgrade process? Well, GroupWave is an organization with over twenty years of Domino experience and as an HCL ambassador and member of the Penumbra group has a direct line to the developers at HCL.

Implementing a brand-new Domino system or migrating towards a newer version? With GroupWave organisations are always at the right address for an expert and personal approach.

Eager to find out
how GroupWave can help
your business?

Let’s have a chat

Sorry, the comment form is closed at this time.

This website uses cookies to improve your experience while you navigate through the website. Out of these cookies, the cookies that are categorized as necessary are stored on your browser as they are essential for the working of basic functionalities of the website. We also use third-party cookies that help us analyze and understand how you use this website. These cookies will be stored in your browser only with your consent. You also have the option to opt-out of these cookies. But opting out of some of these cookies may have an effect on your browsing experience.
Necessary Altijd ingeschakeld
Necessary cookies are absolutely essential for the website to function properly. This category only includes cookies that ensures basic functionalities and security features of the website. These cookies do not store any personal information.
Non-necessary
Any cookies that may not be particularly necessary for the website to function and is used specifically to collect user personal data via analytics, ads, other embedded contents are termed as non-necessary cookies. It is mandatory to procure user consent prior to running these cookies on your website.
OPSLAAN & ACCEPTEREN